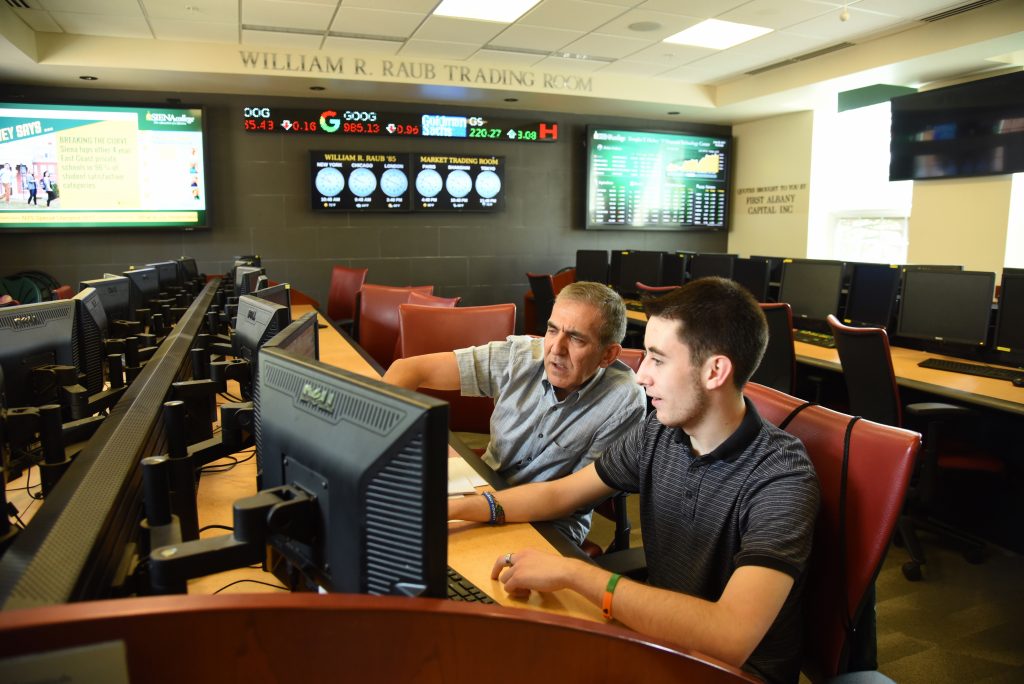 When I was in the seventh grade, I unexpectedly fell into a child modeling gig in Manhattan. My mom would take me out of school early about three times a week around sixth period and we would take the Poughkeepsie train down to Grand Central Station. As I expected from what I had learned from school and seen on television, I saw homelessness frequently in the city. I remember asking my mom for whatever change she received after we got pizza together so I can give it to the bearded man on corner of East 42nd and Madison Avenue. Rain, snow or blistering sun, he was always there and he received our change. I wanted to help in any way I could because I felt awful that I had everything he didn’t.

My chance to start to understand this systemic social issue began June 5th, 2017, while at breakfast with a group of people in this program called TeamBILD. This interdisciplinary team is tasked each year to study Big Issues and Leading-Edge Discover, thus the BILD in TeamBILD.  Every seat in the conference room at the St. Thomas More house was filled and it seemed like everyone came from a different department. There was a student and faculty member from psychology, computer science, physics and astronomy, finance, and then there was my faculty mentor, Dr. Dogonaksoy, and myself from accounting. Some of us had actually met briefly in May with the community partner, CARES, Inc., to discuss the goals of the project and our one-year plan, two year plan and plan for 2030. For the first time, the entire team was assembled and introduced to expectations for our two-month project. By the end of the meeting we all had the same question, “when can we see the data?”

Following the meeting, we parted ways and eagerly awaited an email containing the 12 data files we have been hearing about. The next day we met to discuss our initial thoughts on the data and to start thinking about what meaningful work we could accomplish in two months given the data that we had.

Fast forward to July 25, 2017, we were at 200 Henry Johnson Boulevard sharing with the CARES staff our final products and discoveries. The computer science team presented their deduplication algorithm that helped correct for people who were recorded under different names, birthdates or social security numbers. This happens in incidences where clients would be recorded under their nickname or under the last four digits of their SSN. The physics and astronomy team presented a recommendation on what variables were the most rich with data and useful for future research through their Variable Optimization Analysis. The psychology team presented their progress on how stress affects mice’s mobility. The finance team presented cross-tabulations and their framework for a regression analysis. Lastly, we presented on how we merged some of the data files, cleaned them, derived new variables, and performed exploratory data analysis on the data. Exploratory data analysis or EDA, is a process where you look at the data at a 30,000 foot level and take notes on anything that might interest you.  For example, while performing EDA we noted interesting observations such as 750 clients under the age of one or the fact that daily entries of homeless clients were nearly doubled the historical average for a quarter of 2014. The observations allow us to develop hypotheses and to plan to answer why these observations are occurring, through deeper digging into the data with more structured and focused analysis. CARES was very pleased with all the progress we made and looked forward to continuing the partnership for the next academic year.

The majority of the team stayed on the project after we presented at the CURCA Summer Symposium in September. We wanted to continue the work because we just finally had a good grip on the data and didn’t want to stop there. I took on a formal leadership role co-leading the team with Dr. Kassel in early September to ensure we meet our one-year goal that we set in May. In this one community engaged research project, I was able to practice leadership, project management, data analysis, and teamwork.

As we are approaching the end of the academic year, we have made significant progress since the summer. A Structured Query Language (SQL) database has been developed to make future research more accessible to researchers, a student data consulting model was developed, and new discoveries were made from deeper analysis on questions posed from the EDA.

Looking back on my days in Manhattan, I couldn’t be happier to be working on such an important project on the leading edge of interdisciplinary research on homelessness to help find solutions for people like the man on East 42nd and Madison. We are making small contributions to homelessness research by developing tools and publications, but our potential is limitless through our collaborative tactics.  Just like the partnership developed between ACE, CURCA, and CARES, our team will continue to seek out other experts and contributors to our team to further our progress in struggle to end homelessness.